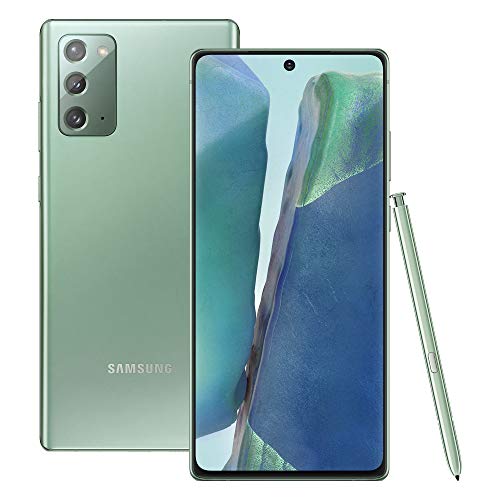 Digging down in the world of super-fancy but super-expensive flagship devices, there are multiple well-recognised and highly admirable brands offering the same hardware and internal features with almost similar designs. Regardless of similar designs and hardware offered by other brands, Samsung always comes up with the greatest technology inside, and interestingly, 2020 is no different – thanks to its coolest Samsung Galaxy Note20 5G in Australia, which brings everything on paper one would need. This year, the S Pen Stylus has been done a little differently as it’ll still have a monopoly.

This S Pen Stylus stands out from the competition – but it’s now sufficient to distract you from getting many other features that you might expect from an ultra-premium flagship of 2020. So many online sources have gone through its hands-on reviews, and here is a complete list of specifications and feature Note20 is loaded with.

The 5G variant of the Samsung Galaxy Note20 isn’t really different from its standard variant. However, in this 5G variant, as the name suggests, you’ll be able to enjoy 5G connectivity after spending only a bunch of extra bucks.

Putting its 5G capability aside for a short while, Samsung Galaxy Note20 5G comes with a gigantic 6.7-inches display – based on Super AMOLED technology with a maximum resolution of 2400 x 1080 pixels at a pixels density of 393 PPI. It’s, like its standard variant, HDR10+ supported, and the availability of a Corning Gorilla Glass 5 ensures that it’s safe from minor drops and scratches. The screen, too, houses a small punch-hole to sport a front-facing camera. The rear is made of plastic, and it has an on-screen fingerprint scanner as well.

Digging down inside the phone, it’s equipped with a powerful Samsung’s own Exynos 990 or Qualcomm Snapdragon 865+ Chipset (depends on which country you live). The phone gets a gigantic 8GB of RAM for super-smooth and silky performance, and when it comes to its onboard memory, you can choose either 128GB or 256GB variant. The graphical requirements are being managed by Mali G77 MP11 or Adreno 650 GPU. It’s running on the Android 10 operating system with the company’s own One UI 2.5 version.

Camera-wise, a trio-camera configuration comprises 12MP primary camera lens – partnered with 64MP and 12MP other sensors to give you unmatched results. And to assist you in selfies and video calls, Samsung Galaxy Note 20 5G variant has got you covered with its 10MP camera, which can record 4K videos as well.

The Galaxy Note20 5G, like its standard variant, comes with a 4300mAh non-removable battery with 25W fast charging support. So, if you’re out of battery in the middle of the day, it can juice it up from 0-100% in less than an hour. It has all the required sensors you need, and in terms of connectivity, Samsung Galaxy Note 20G comes with NFC, Bluetooth 5.0, Wi-Fi 802.11 a/b/g/n/ac, and others.

Very much, its other siblings, Samsung Galaxy Note20 5G, has now been arrived on Australian stores, and Aussies from every corner of Australia, such as Sydney, Perth, Canberra, Melbourne, Adelaide, and Brisbane can get their hands on one with immediate effects. The Galaxy Note20 5G Price in Australia is somewhere in between AU$1335-1699 – depends on the store and retailer you choose from.

Standard Note20 smartphone is significantly cheaper at AU$1150 as compared to its 5G variant. However, you can get the lowest possible price by going through our smart price comparison engine. We at Paylessdeal helps you compare Samsung Galaxy Note20 5G Prices from a plethora of online stores, including Amazon, and buy one at unmatched rates. Let’s not forget that a thorough price comparison takes you directly to the lowest possible price without any hassle, and hence, you save a big.