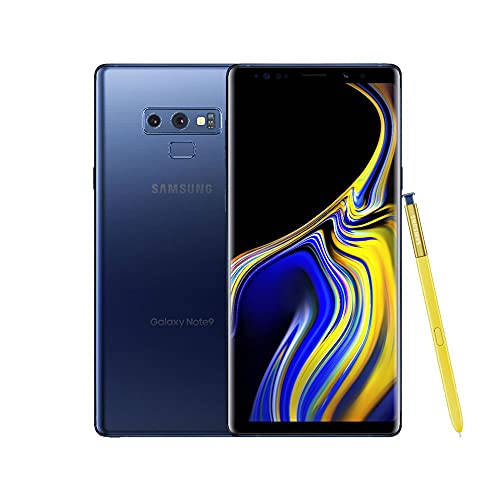 Without a doubt, 2018 has been an amazing and strong year for smartphone releases from Huawei P20 Prowith its incredible camera to an exceptionally remarkable iPhone XS launch. Samsung had quite a busy year as well. We saw Samsung Galaxy S9 and S9 Plus and a couple of weeks back, we’ve got our hands on Samsung Galaxy Note 9 in Australia which is Samsung’s most gorgeous and super-powerful smartphone, so far.

The latest Note 9 gives users the most of any Note smartphone as it’s backed by the biggest screen, fastest processor, impressive battery, a whopping RAM and most significant onboard memory. It’s having a lot of other features as well. So, let’s get in on.

Note 9 looks a lot like last year’s Note 8 in terms of design. However, quite a few details have been refined, such as the front glass has been curved a little more and a fingerprint scanner has been repositioned and now sitting under a camera. It can be reached now quite easily as compared to Samsung Galaxy Note 8.

There is a Glass panel protecting it from the front and back and an aluminium frame which now connects with a front glass more harmoniously – thanks to the metal – making it handle more comfortably.

Due to the massive screen, ergonomics are a little bit sacrificed. The handset has 161.9 x 76.4 x 8.8 mm dimensions and weighs 201 grams. Possibly it would have been conceivable to optimise even more frames using a notch. What do you say?

On paper, Galaxy Note 9 is equipped with a dual-camera which follows what we’ve already been seen on S9 and S9 Plus – or 2 modules with a 12MP resolution lens but with different characteristics. The former offers a 2x zoom lens whereas a latter has a standard wide-angle lens.

The rear camera of Note 9 can exploit the capabilities of so-called Artificial Intelligence, which doesn’t miss a single shot. It recognises around 20 scenes and adjusts the shooting setting automatically to get the best of the best results with minimum efforts. Moreover, Note 9’s camera also recognises that even when an image is moved or when the subject of our portrait has closed his eye.

Out front, you’ll see a module of 8MP resolution and aperture f/1.7 with an ability to record video up to 4K resolution at 60fps or slow motion up to 960fps.

The Asian and Australian version of Note 9 comes with an Exynos 9810 – the same chip we’ve seen in S9+ which offers 2.7GHz Octa-core CPU of maximum operating frequency and Mali-G72 MP18 GPU for managing graphics requirements. There is another version for US and Chinese audience – Qualcomm Snapdragon 845 with a whopping 6GB/8GB of RAM and 128GB/512GB of onboard memory which can be expanded further up to 512GB via microSD card. The overall performance is up to snuff, and it runs smoothly and extremely responsive whether you work on multiple apps at once or play heavy graphics games.

Battery-wise, Samsung Galaxy Note 6 didn’t want to spare and inserted an impressive 4000mAh non-removable battery. You’ll notice lots of benefits – even after using it all day for phone calls, emails, listening to podcasts and browsing on Instagram. Still, the battery would rarely go down.

Unlike Galaxy Note 8, Samsung Galaxy Note 9 went live in Australia a bit early – Friday, August 24th, 2018. The reason behind its earlier release date was that Samsung wanted to rush it out to give a severe competition to iPhone XS and XS Max that were launched on September 12 in the same year.

Although Samsung Galaxy Note 9 Price in Australia has drastically decreased since its launch but at the time of launch, it was priced AU$1499 with its 6GB/128GB variant. The other variant 8GB/512GB, however, arrived at eye-watering AU$1799 price point. Currently, it’s available on all major stores of Australia under discounts and promotions. We at Paylessdeal have listed some major Australian stores including Amazon above for your convenience to compare Galaxy Note 9 Prices from different stores and at the end, grab one at unmatched rates. So, what’s the wait?