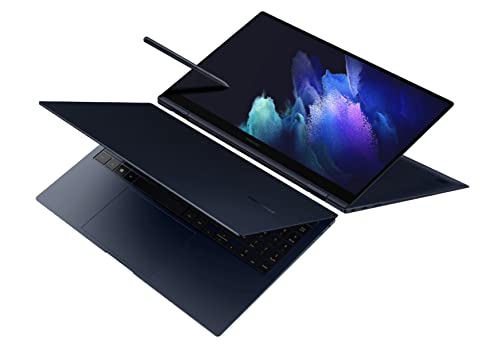 People working remotely have increased demand for laptops as a result of the coronavirus pandemic. With its latest Galaxy Book Pro models, Samsung may be able to capitalize on the new trend and draw customers who are searching for high-end laptops.

Both laptops support touchscreens and have a full-HD (1,920x1,080 pixels) resolution. They carry similar features apart from the slight difference that are mentioned in the above table to make your decision more ease, you can go through this.

Pre-orders for the Samsung Galaxy Book Pro 360 have begun from April 28th, 2021, and the product scheduled to ship on May 14th.

The 13-inch Galaxy Book Pro 360 costs $1,199, while the 15-inch costs $1,299, but the price will rise by several hundred dollars if you configure the laptop with more storage or better hardware. According to the Samsung, customers who pre-order before May 14th will receive $150 in future credit (or the option of a free pair of Galaxy Buds Pro earbuds if they purchase through Samsung),anyone who purchases a laptop from Amazon, Best Buy, or Samsung's website between May 14th and May 30th will receive a $100 future credit.

The laptops also come with a built-in Intelligent Color Engine utility, which can dynamically adjust the screen's color space to match, no matter whatever you are doing, according to Samsung (such as gaming, editing photos, watching movies). As long as the software you're using is compatible with the Engine.

All versions of the Galaxy Book Pro 360 will come with a new S Pen stylus, which will be appreciated by stylus fans. Samsung claims that this is an improved version of the S Pen for the Galaxy Book Flex that is 2.5x thicker, which should make the stylus more convenient to use for long screen-writing sessions. The Galaxy Book Pro 360 will have a range of built-in applications that work with the S Pen, including a free version of Clip Studio Paint for a limited time.

Samsung claims to have incorporated its experience in smartphone design (specifically, its Galaxy smartphones) into the design of these new Galaxy Book Pro laptops, making connectivity a key selling point. If you already own a Samsung smartphone or tablet, the Galaxy Book Pro 360 laptop offers a variety of connectivity options. This enables information, screens, and phone calls to be shared across devices. Furthermore, Samsung's SmartThings app will be included with the Galaxy Book Pro 360, allowing the laptop to communicate with SmartThings-compatible smart home devices such as lights and appliances.

Wi-Fi 6 (and Wi-Fi 6E) and Bluetooth 5.1 are both supported by the Samsung Galaxy Book Pro 360. Furthermore, the 13-inch model can be modified to support 5G, but Samsung cautions that the nature of that support will vary depending on your carrier and climate.