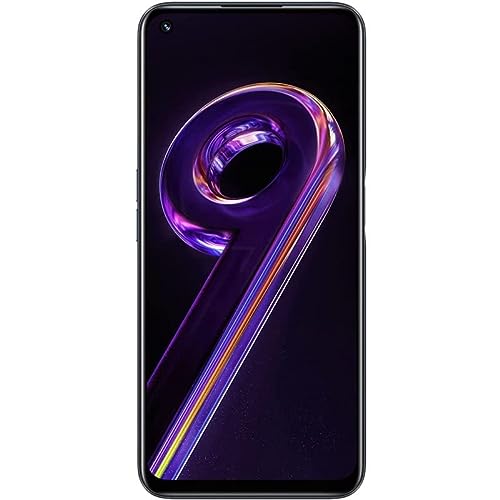 Realme is well-known for its low-cost, high-performance smartphones. It is still an admirable and popular smartphone brand worldwide, especially in Australia. Realme, on the other hand, is definitely battling to compete with industry titans such as Huawei, Samsung, Apple, and a bevy of others. However, since its beginning, the firm has maintained its competence, manufacturing important technologies without charging customers a fortune. The most recently released Realme 9 in Australia seems to compete with rivals from other manufacturers like Samsung, Huawei, and Xiaomi - thanks to its powerful internal components at the lowest possible price. Quite a few highlights of this phone are related to its 6.4" Super AMOLED display, a Qualcomm Snapdragon 680 4G chipset, 8GB of RAM, a trio-camera configuration and a 5000mAh battery.

Realme is always working to create enticing designs that put the competition to shame. The design of the Realme 9 phone is magnificent and elegant, attracting the attention of potential buyers. A small punch-hole with a camera buried within the display is surrounded by slim bezels. In addition, the phone measures 160.2 x 73.3 x 8 mm and weighs only 178 grams.

The Realme 9 smartphone's display is smooth enough, with the punchiest and brightest colours. It sports a 6.4-inch display using Super AMOLED technology. It boasts a display resolution of 1080 x 2400 pixels and a pixel density of 411 PPI, allowing you to experience new levels of delight. A colourful and fantastic experience is guaranteed thanks to its biggest and brightest display. Other display features include a 20:9 aspect ratio, an 84.2 percent screen-to-body ratio, and Corning Gorilla Glass 5.

The huge 108MP camera lens on the back of the Realme 9 smartphone sets it apart from the competition. Furthermore, the phone's 108MP camera is augmented by two additional lenses: an 8MP ultrawide, and a 2MP macro camera. They're all equipped with an LED flash, allowing you to capture stunning, detailed images even in low light. Other camera features include panorama, HDR, Touch to Focus, Autofocus, and others. A single 16MP camera is built into the display on the front, and it looks to be plenty for selfies and video chats. In terms of videography, customers in Australia may capture Full HD 1080p videos at 30 frames per second using the Realme 9 smartphone.

Internal components of the Realme 9 are powerful but inexpensive, enhancing your smartphone experience. The Qualcomm Snapdragon 680 4G CPU serves as the phone's brain, while the Adreno 610 GPU handles graphics and gaming. 6GB/128GB and 8GB/128GB are the two RAM and storage combinations available. On all two versions, a dedicated microSD card slot is available to expand storage even further.

The 5000mAh battery of the Realme 9 allows you to play games for extended periods of time, watch movies, and utilise many apps at the same time. It's a non-removable battery that charges in minutes at 33W. A fingerprint reader is available inside the display, along with a multitude of connectivity options, including Wi-Fi 802.11, GPS, Hotspot, Bluetooth, and a USB Type-C 2.0 port.

In many parts of the world, including Australia, the Realme 9 was released on 12th April 2022. It’s currently holding a position on the shelves throughout the country, allowing Aussies to get their hands on one with immediate effect. For your convenience, we at Paylessdeal have listed above a number of online Australian stores, including Amazon, for you to compare prices and buy one at the best possible price.

How much does it cost to buy Realme 9 in Australia?