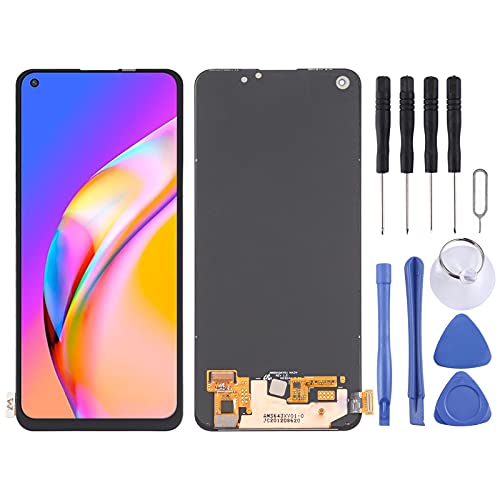 More and more smartphones are coming on a daily basis from a number of giants such as Samsung, Huawei, Oppo and Xiaomi. Most recently, Oppo launched a wide range of smartphones under its F-series to give severe competition to its rivals and hold a meaningful position in the market. The standard version is called Oppo F19 in Australia alongside its siblings – F19 Pro and F10 Pro Plus. At first glance, Oppo F19 gives you a premium look, thanks to its vertically positioned triple cameras on the back and a punch-hole design on the front. The bezels are almost invisible on the sides and there are two colour options to choose from, such as Midnight Blue and Prism Black.

The Oppo F19 in Australia brings a nice body design which is a great combination of solid and durable materials. The phone’s back is made of smooth plastic that holds a camera configuration, an LED Flash and a brand’s logo. The phone measures 160.3 x 73.8 x 8 mm in dimension and weighs 175 grams, which doesn’t even feel bulky.

On the front, on the other hand, there is a 6.43-inch AMOLED display that is punchy and bright enough. The maximum resolution of Oppo F19 in Australia is 1080 x 2400 pixels with 409 PPI Pixel density. The other display features include an 84.4% screen-to-body ratio, a 20:9 aspect ratio and a 90Hz refresh rate for awesome colours.

When it comes to the camera setup, the Oppo F19 in Australia sports an outstanding and versatile range of camera lenses on the back. This triple-camera setup consists of a 48MP primary camera, a 2MP macro camera and a 2MP depth camera. The features you can enjoy include LED Flash, Panorama, HDR, Touch to Focus and more. When you turn the phone around, you'll see a 16MP camera lens for selfies and video calls with friends and family. Unlike other devices, Oppo F19 cannot record 4K videos but you can enjoy Full HD 1080p videos at 30fps.

The Qualcomm Snapdragon 662 Chipset inside Oppo F19 in Australia works as the brain of the phone. It also houses Adreno 610 GPU that is entirely responsible for managing graphics and gaming. Aside from that, Oppo F19 is available in a single configuration in terms of RAM and ROM – 6GB with 128GB. However, one can expand its onboard memory – thanks to its dedicated microSD card slot. It’s running on the Android 11 operating system out of the box with ColorOS 11.1 on top.

The Oppo F19 in Australia comes with a massive and gigantic batter inside it with a size of 5000mAh. Moreover, it supports a 33W fast-charging feature that promises 54% juice in less than 30 minutes. Besides, it has an on-screen fingerprint scanner, and different connectivity options include Wi-Fi 802.11, Bluetooth, GPS, Hotspot and USB Type-C 2.0. One can pick this phone up in a choice of two sensational colours, i.e., Midnight Blue and Prism Black.

The Chinese giant Oppo has just launched a number of smartphones under its F-series such as F19, F19 Pro and F19 Pro Plus. The phone as of now is up for sale in its homeland China, whereas other parts of the world, including Australia, have to wait a bit more. However, it’s most likely that the phone will start landing on shelves somewhere in the middle of May 2021. As for Oppo F19 Prices Australia, it’s most likely to set users back approx. AU$368 to AU$399 which seems to hold its own against OnePlus Nord in this price range.

As mentioned above, the F19 smartphone is not available in Australia officially for Aussies to shop. However, we are keeping an eye and as soon as the phone arrives in stores, we will have these stores here to compare prices. It’s important to keep in mind that comparing prices ahead of buying simply takes you to the best possible prices. And ultimately, you save smartly.