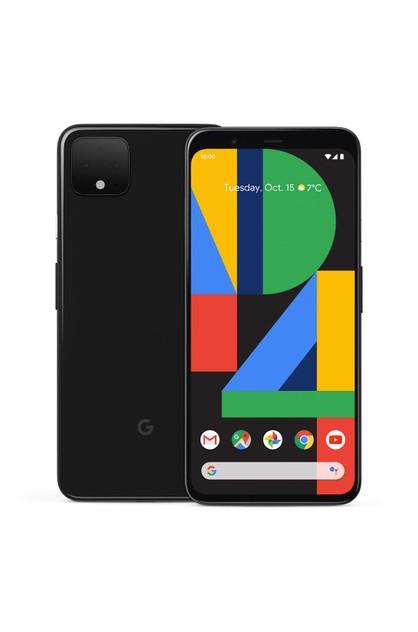 Google Pixel 4, a high spec Google smartphone introduced in October 2019. This Google flagship smartphone Google Pixel 4 Price in Australia ranges from 530 to 1060 AUD depending upon the variant of the smartphone. Whereas Google Pixel 4 is available in three different colours such as Clearly White, Just Black, Oh So Orange.

Another year and another Google smartphone – Google Pixel 4, which is currently the most leaked and anticipated smartphone we have ever seen. Thanks to the hundreds of suggestions, leaks and renders, we now know almost everything about the next Google’s monster. With the upcoming Android 10 operating system, Google is all set to replace its last year’s Google Pixel 3 and its elder brother 3 XL with Google Pixel 4 in Australia. The phone is going to be announced in October at a New York launch – so, you don’t need to wait for many days or weeks. We have already learned about how many cameras are there in Google Pixel 4 as well as it’ll be arriving with a most significant upgrade to the display/screen.

The last year’s Google Pixel 3 in Australia is already on shelves which means only one thing – it’s now old. Instead of dwelling on handsets pasts here at Paylessdeal.com.au, we will prefer you to turn your heads toward the future and in that case – Google Pixel 4 in Australia. Perhaps it seems a long way off – but ahead of everything, we can guess when Google Pixel 4 be launched and how will it set users back and what kind of improvements it will have as compared to its predecessor. For good measure, here is a list of things we are expecting Pixel 4 to be loaded with.

Well, Google Pixel 3’s camera is superb even more than adequate which is good. A predecessor houses a Dual rear 12MP camera with an aperture of f/1.8 and an 8MP out front for selfies and video calls. This configuration is supported by AI Flash and Autofocus Technology.

Therefore, it’s not the case of Google fixing something which is broken with Google Pixel 4. Instead, how does it build on its camera Technology to make it quite better? Chances are more focus could be placed on Pixel 4’s video capabilities.

The most surprising aspect of Google Pixel is a relatively small battery size which is only 2915mAh that Google reckons should be good for 11 hours. However, it’s not really bad but doesn’t last as long as OnePlus’ and Huawei’s P20 Pro batteries. The Google Pixel 4 must go for a bigger battery as the bigger battery means longer battery life which obviously improves the user experience.

A predecessor offers a little amount of RAM – 4GB and Snapdragon 845 Processor is unable to reach its full potential as a result. So, at least 6GB or 8GB would be a significant boost for Pixel 4 and would bring it up to speed with super powerful devices available around.

Talking about Google Pixel 4 release date, it’s not surprising that we have had no official word from Google as it’s too prompt to discuss. However, we can add our educated guess on when we will be able to see Google Pixel 4 – based on the release dates of Google Pixel 3 and Pixel 2.

The original Google Pixel 3 and 2 were released back on October 20th in 2018 and 2017 respectively. So, going by that, Google Pixel 4 is most likely to be released on October 17th, 2019. Obviously, a whole year is a long time in the world of Technology – so a dreadful lot could change between now and then.

Google has a habit of releasing its Pixel lineup in the 3rd quarter of every year. According to Google, its next flagship device, Google Pixel 4 is coming on October 15 across the world to entice users to get their hands on. Google is gearing up to launch plentiful other hardware too at the same time, i.e. Pixel Wan terms of Google Pixel 4 Price in Australia, it’s likely to set users back approx. AU$1,500 – thanks to the extra mind-boggling features and general emphasis on a premium finish and fit. We are expected to see different storage options at different rates – for instance, Google Pixel 4 with 64GB storage will cost AU$1340, and 128GB variant will go for AU$1540. You should take these prices, for now, with a pinch of salt as it’s just an educated guess and what online sources have claimed.