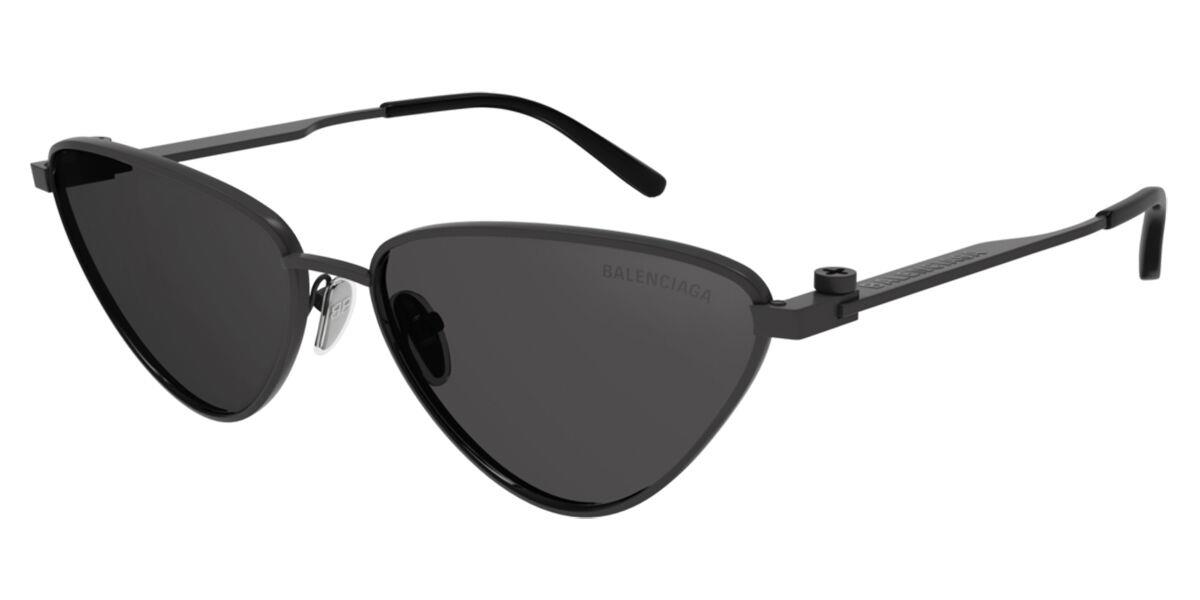 Balenciaga Sunglasses Australia is characterized by its concept of modernity and elegance, with contemporary models, available in metal and acetate frames. The new trend of his style is based on rave culture and "butterfly" shapes. The extravagant and daring look of his designs is based on the reinterpretation of classic styles.

Balenciaga Sunglasses needs no introduction; we all know how this emerging brand marked its glory in the world. The trajectory and legacy left by the illustrious Basque designer, Cristobal Balenciaga, represents a benchmark in the history of Haute fashion.

After forging a resume in Spain thanks to clients from the royal house and the aristocracy, the Spanish civil war forced him to immigrate to Paris, where his career catapulted him to all corners of the world.

His brand transcended the world of fashion, leading it to the development of other accessories such as sunglasses, both sunglasses and prescription.

Balenciaga is a French firm created by the prestigious Cristobal Balenciaga, "Fashion Innovator" and fashion designer of Basque origin. Balenciaga created the Balenciaga firm in 1919, becoming an essential Spanish couture designer in history.

For more than 30 years, Balenciaga carried out his work mainly in the city of Paris. Christian Dior considered Cristobal Balenciaga as 'the teacher of all of us'. His ability to create volumes and shapes was amazing; it gave the garments an incredibly perfect, almost sculptural finish.

It is said that his level of demand-led him to create exclusive designs perfect for his best clients, who did not need to try on the garment, as it was excellent from the first moment without requiring touch-ups. His collaborators, who would later have their signature, included Andre Courreges, Emanuel Ungaro, Hubert de Givenchy and Oscar de la Renta.

Radically, like all his creations, Cristobal Balenciaga decided to close his tailoring in 1968, leaving his clients dismayed. After this announcement, Countess Mona Bismarck went into mourning and locked herself up for three days at home.

In 1997, the Balenciaga firm rejoined the fashion world, and Nicolas Ghesquiere was appointed Artistic Director. In 2012 the appointment of renowned New Yorker Alexander Wang was announced as the new Creative Director of the firm.

Today, Balenciaga creates collections and accessories for men and women, being extremely selective and respecting the firm's DNA and the radical but careful spirit of its founder Cristobal Balenciaga.

Balenciaga sunglasses give you a differential style

If you are looking to stand out and be a reference with your style, Balenciaga sunglasses will help you achieve this. The models proposed by the brand have various colours and shapes, all of them characterized by the influence of many, the best Spanish designer in history.

Thick and irregular lines and with an extended size of the lenses. Among its collections, we find futuristic and traditional styles, both with the daring style that the designer-stamped on creations, with the highest quality materials and sophisticated lenses.

A name synonymous with style: Balenciaga

For those with personality, who do not want to give up their style and set the trend with the design of "the king of fashion", Balenciaga prescription glasses are their ideal complement. With authentic and innovative designs, the Spanish firm provides the user with an unmistakable touch of glamour. The new collections offer contemporary models in metal and acetate frames and bold colours to stand out among the most refreshing collective.

In recent decades, the Balenciaga firm has continued to operate and has expanded the collection to a complete variety of accessories, among which are sunglasses. Today we are going to see some of the Balenciaga sunglasses models, where we can appreciate their excellent designs.

Gradient lenses are always present in Balenciaga sunglasses collections, when it comes to frames, depending on the designs, we can find metal, metal or a combination of both, such as this model of glasses Balenciaga 0099.

Aviator style sunglasses with a metallic frame that combines with acetate on the temples; this creates a contrast between the shiny frame and the acetate arms. It is a design that without being ostentatious, has a luxurious appearance. As usual, on the side, we have the Balenciaga emblem.

Other Balenciaga sunglasses models such as the 0102, brings much more feminine lines and larger lenses. The frames found in different colours to combine better with the season of the year and with the rest of the accessories.

In an intermediate point, we can find designs such as 0097, a unisex model with easy to combine colours. Also, the 0035 model was very successful, and it has worn by celebrities such as Halle Berry, Kim Kardashian or Rihanna.