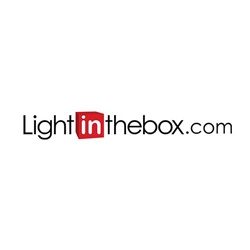 Updated on Fri Dec 26, 2019: Get the best deal for ASUS Mobile Phones from the largest online selection at Paylessdeal.com.au. Browse our daily deals for even more savings online on Asus gaming phones.

Not really a well-known and the most demanded smartphone brand – but the Taiwanese company “Asus” is seriously focusing to increase the number of fans in the world of smartphones through its state-of-the-art Asus Mobile Phones in Australia. The major reason behind the increased numbers of fans is its very successful smartphones of medium and high-priced segments. Well, Asus didn’t decide to stop everything there and wants to get quite closer to the industry leaders i.e. Huawei, Oppo, Vivo, OnePlus and, of course, Samsung that has a super-powerful smartphone named Samsung Galaxy S10 Plus.

If you are scouting for an excellent Asus smartphone that houses flagship-like features but at unmatched rates, we have got you covered. We have gathered some of the best Asus handsets to help you obtain the right one at the lowest possible price.

Asus ROG Phone is leading the cart of Asus mobile phones – thanks to its dazzling and eye-catching smartphone which is specially designed for those who love to play games for a longer period of time. The phone comes with 6.0-inches AMOLED display which is supported by a resolution of 2160 pixels by 1080 pixels. It comes with always-on display feature and it’s protected by a Corning Gorilla Glass 6.

The operating system is Android 8.1 Oreo (upgradable) and it’s powered by Qualcomm Snapdragon 845 Chipset – partnered with 8GB of RAM and 128GB/512GB of storage. It has 12MP + 8MP cameras on its back, the 8MP camera on the front and 4000mAh battery that gives you non-stop gaming experience.

The most recently released smartphone Zenfone 6Z with motorized flip-up main camera module is the talk of the town nowadays. It’s sporting a 6.4-inches IPS LCD display (1080 x 2340 pixels) – protected by a Corning Gorilla Glass 6. This Asus mobile phone runs on Android Pie 9.0 operating system and it’s powered by Qualcomm Snapdragon 855 Chipset – partnered with 6GB/8GB of RAM and 64GB/128GB/256GB of onboard memory with a dedicated microSD card slot to upgrade it to 1TB. It has 48MP + 13MP motorized flip-up camera module which is the headline of the phone and a whopping 5000mAh battery keeps the lights on all day long even with extensive use.

The Zenfone Max Pro M2 is almost nine months old smartphone but still one of the best devices available on the market. Display-wise, it comes with 6.26-inches IPS LCD screen with a resolution of 1080 x 2280 pixels and it’s protected by a Corning Gorilla Glass 6. It runs on outdated Android 8.1 Oreo operating system – but it’s upgradable to Android Pie 9.0.

Digging down inside, it’s supported by a Qualcomm Snapdragon 660 Chipset – partnered with 3GB/4GB/6GB of RAM and 32GB/64GB of onboard memory with a dedicated microSD card slot to take it to the next level (up to 1TB). On paper, it comprises 12MP + 5MP rear cameras whereas 13MP snapper is available on the front for selfies and video calls. It has a rear-mounted fingerprint scanner and 5000mAh battery that lasts more than two days with a casual use with ease.

Price comparison, obviously, an excellent and useful tool when it comes to buying a smartphone from the best and well-known online store but at the lowest possible rate. You are advised to Compare Asus Mobile Phones Prices through the price comparison tool offered by Paylessdeal.com.au. You can go through the list of hundreds of Australian stores – offering almost all models of Asus handsets at different rates. So, what are you waiting for?