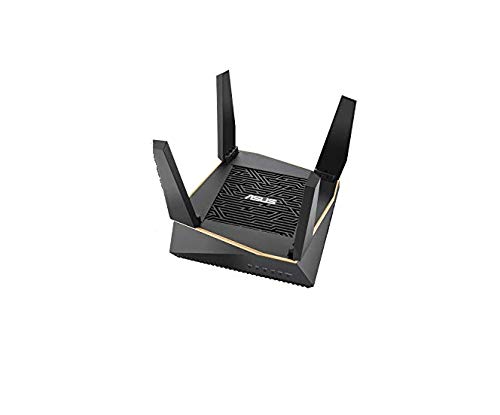 Asus which is known for its amazing laptops now comes with the Wi-Fi system which comes under the name of Asus AiMesh AX6100 Router that can be used in your house so that you can enjoy the full signal Wi-Fi without getting distortions or signal lagging issues some of the people have faced. This latest router is now available in Australia you can purchase it from the above-mentioned links.

This router is featuring the latest Wi-Fi 6 (802.11ax) technology, which includes a variety of new technologies and enhances the Wi-Fi speeds and network capacity. Aus AiMesh AX6100 Wi-Fi system provides extremely fast, stable and powerful connections. At the same time, it offers both future-ready performance and compatibility with current and older Wi-Fi devices.

As many people face low signal of Wi-Fi for such issues of low connection Asus presents its new router that is designed to overcome such low connection issues. The ASUS company has just introduced the AiMesh AX6100 Wi-Fi system equipped with the next generation Wi-Fi 6 (802.11ax) that guarantees a high-speed signal for all connected home devices.

This complete solution to end the problems of unstable signal at home uses a new meshed system that incorporates Wi-Fi 6, a standard that includes the most advanced technologies to increase the speed and capacity of the network, offering extremely fast connections, stable and solid in the house, with full compatibility with current and old Wi-Fi devices.

Wi-Fi 6 technology offers a bandwidth of 160 MHz and 1024.QAM to reach speeds of up to 6100 Mbps a response 2.7 times faster than 802.11ac routers 4x4 normal. Among the advances that this technology incorporates, OFDMA stands out, which divides the data channel into smaller sub-channels that allow data to be grouped into different devices to better utilize bandwidth, being able to transmit a data channel to several devices, with up to 80% more of coverage compared to previous generation routers. The two internal horizontal antennas each router improves coverage in multi-portion houses, and through two units up to 511 m2 of Wi-Fi coverage is reached.

The design and shape of this router are so classy and comes with the total 6 antennas the 2 are internals and 4 antennas are external. The two internal and four external transmit antennas are designed to provide almost 5 Gigabit connections between mesh devices on the state-of-the-art 5GHz AX system so there is always enough signal amplification bandwidth. Besides, the routers that bear for themselves the model name AX92U, the usual known maximum speeds of 400 Mbit / s for the 2.4 GHz network and 867 Mbit / s in the 5-GHz counterpart - from the latter band are even two variants available.

Asus AiMesh AX6100 price in Australia ranges from 650 to 750 AUD. This amazing router has been released and is now easily available in the markets you can purchase it from the above-mentioned links. Now you don’t have to worry about the signals whether you are on the roof of your house or in the basement you can have full signals of Wi-Fi.