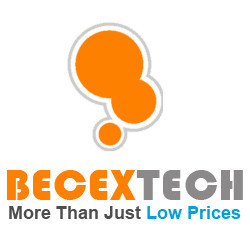 One of the leading smartphone brands, “Apple,” was founded back in 1976 by Steve Jobs, Ronald Wayne, and Steve Wozniak. Apple started its journey as a personal computer and now making everything like portable media players, laptops, and smartphones, of course. With headquarters in Cupertino, California, United States, Apple started manufacturing iPhones back in 2007, and later in 2010 decided to launch its iPad. Apple has been shining in the world of smartwatches as well since 2014.

Apple is known for designing their iPhones more delightful in terms of functions and features. Every year’s latest model makes customers experience more responsive. From regular features to exceptional security, Apple iPhones and other devices are loaded with all essentials, and that’s the reason why Apple has its unique standing and strong position in the world of electronics. The evergreen product of Apple is its iPhones, without any doubt, and it’s the love for people not in Australia but all over the world.

Apple always strives to provide its audience with the finest range of smartphones, iPads, smartwatches, and MacBooks and ensures the highest standards of quality in every single product. Apple’s major products include:

Calling Apple one of the exquisite brands with exquisite products wouldn’t be wrong. As of now, it’s holding its position on number 3 worldwide but struggling to compete for the giants like Samsung and Huawei. Apple manufactures iPhones with rounded frames, handy clicky buttons with the gentle press without needing to press hard. All iPhone devices are marvellously slimmest and lightest, and Aluminum & Glass construction give equal rigidness to keep it safe from extreme shocks.

Going a little back, before the latest iPhone series was launched–consumers have started begun to associate their hopes with something mind-boggling. Guess, how did Apple Inc. make this a triumphant return to mobile industry history? Okay, the "Touch ID" is a big WOW simply. All you need to do is to train your hands with the system. Well, a story isn’t over yet as an iPhone cannot only be unlocked via a fingerprint scanner, but one can pay for iTunes with a similar fingerprint system.

Since the beginning of iPhones of Apple in Australia and other countries, devices are considered to have been geared with smartest camera lenses. In short, there is no other brand that makes you enable to film yourself with the front 720p camera lens even at 1080p of Full HD videos. The latest and coolest iPhone devices are equipped with 8MP, 12MP, and 16MP camera lenses, enabling you to turn your cherishing moments into evergreen memories.

It is now the thing of the past when charging smartphones was quite a life task. Most recently released iPhone devices have not made users admit its eye-catching design but also battery life. With more than 2700mAh, the latest iPhone devices can easily take users for a walk to remember around the World Wide Web without running short on juice.

Buying after comparing prices is the best and easiest way to Buy Apple Products Online at cheap prices. There are numerous offerings like Apple iPhone 11, iPhone 11 Pro, iPhone 11 Pro Max, and MacBooks and iPads. We (Paylessdeal) are a joint source that helps you get your desired Apple product from one of the best online Australian stores with prompt discounts and exceptional customer services.

Comparing prices for iPhones, iPads, and MacBooks can indirectly take you to the lowest possible priced ones, which makes it easy for you to save money.