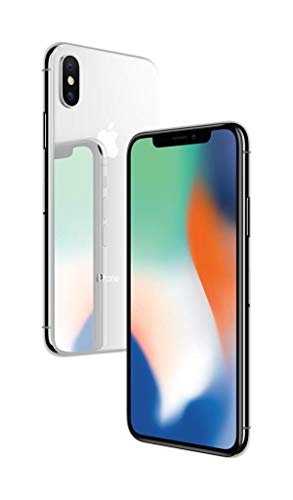 The long-awaited phone by Apple fans is finally out. For this birthday smartphone, released just ten years after the first iPhone in 2007, Apple wanted to mark the coup and promised the most significant leap forward from the original iPhone. Apple iPhone X Australia is a just like a gift for its 10-year service by the company to the users and iOS lovers, but surely Apple never compromises at its specifications. So don’t think it would be a mid-range smartphone.

With the iPhone X, we say goodbye to the iconic design of the iPhone, remained almost unchanged since its inception with its single round button and large rectangular screen. Apple has chosen to get rid of this physical button so that the screen occupies the entire front of the phone. Thus dressed with two glass fronts and an aluminium curve, the iPhone X appears as a gem of high technology. Equipped with a 5.8-inch large display, it is the first AMOLED display that meets the standards of the iPhone.

Apple uses the A11 Bionic chip in iPhone X that is very effective as compared to its previous models. It guarantees the iPhone X exceptional performance, even on most demanding tasks. With only 3GB RAM installed in iPhone X, it's still far impressive than android 4GB or 6GB.

The iPhone X comes with iOS 11 on board that offers new navigation gestures and works very well. However, the interface of Apple advances to get used to the particular format of the X.

It's base on a 12Mp sensor, surmounted by stabilised optics (equivalent 28 mm) and opening at f / 1.8. The second module, it evolves a little: the sensor of 12 MP now works with an equivalent optics 56 mm stabilised aperture f / 2.4. The front sensor of 7Mp is extraordinary. It provides a satisfactory level of detail and moderate smoothness.

iPhone X comes in two variants those are 64GB/3GB and 256GB/3GB. The company has announced that its iPhone X offers about 2 hours more battery life than an iPhone 7. The iPhone X can survive almost two days of regular use, can even cash without a problem a huge day and run until the morning of the second day.

So far, Apple iPhone X has won millions of hearts worldwide and still shining on shelves not only in Australia but in other countries too. The phone officially arrived back in 2017 at the eye-watering price point but now its official price has been reduced extremely and offered under different deals, promotions, and discounts.

The Apple iPhone X Price in Australia here at Paylessdeal starts at AU$749 and goes to AU$1499 – depends on a platform you choose to shop from. The direct rival of an iPhone X is Samsung Galaxy Note 8 which doesn’t set users back as much as iPhone X but offers a lot more features and onboard decent components. Another rival name is Galaxy S8 with almost an identical display and a number of inside features.

You can easily purchase iPhone X from any Australian mobile market or Apple Franchise. If you are looking for buying it from any online shop, then PayLessDeal Australia offers both variants of iPhone X at a fascinating price which is relatively lower than buying from the market. So, why going to market while it cost you more.